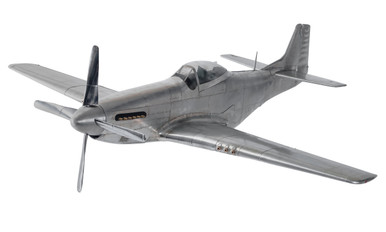 The North American Aviation P-51 Mustang is an American long-range, single-seat fighter and fighter-bomber used during World War II, the Korean War and other conflicts. Fast, powerful and maneuverable, with 75-gallon tanks under each wing, its ability to fly 6-hour missions was unheard of at the time. The plane was designed in 1940 by Edgar Schmued, a German aircraft designer.

This product hasn't received any reviews yet. Be the first to review this product!